One of the most valuable arts marketing lessons I ever learned came from attending a trade show for Asian tour operators back in the 90s .

I was working for Broadway producer Cameron Mackintosh selling blockbuster shows to travel industry buyers and was sent to a conference designed to introduce North American travel products (hotels, attractions, culture, restaurants, etc.) to some of Asia’s largest travel packagers. It was my first international show and my first solo sales trip so I was nervous, but willing to watch, listen and learn.

Much to my chagrin, though, this wasn’t a show for wallflowers. On the first day I was informed that I’d be participating in an itinerary development contest that involved putting together a three-day stay for Asian travelers with a full schedule of sights and activities –including my products of course – built around a theme of my choosing. And I’d be presenting that itinerary to the entire delegation on the last day of the conference!

Now I was just there to sell my shows and hadn’t thought much about travel itineraries, much less how to package Broadway musicals into a themed experience with other destination products. But I figured I’d give it my best shot and suffer the inevitable embarrassment of competing against real pros who’d been dealing with the international travel industry longer than I had. 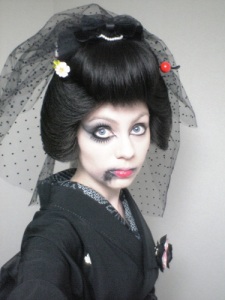 Here’s what I did. The Phantom of the Opera was one of my shows and the emerging Goth style was just heating up so I developed a “Gotham City” weekend in New York centered on Phantom, the newly opened musical Jekyll & Hyde, a dark revival of Cabaret, a mid-town theme restaurant called Jekyll & Hyde’s, a magic themed restaurant called Copperfield’s, a nighttime sightseeing tour of haunted Manhattan, a shopping excursion to some East Village fetish stores and a club crawl culminating at one of the city’s hottest Goth clubs.

On the last day of the conference I stood up in front of the delegation, did my dog and pony show and sat down again certain that the folks from the Chicago Convention and Visitors Bureau would take away the prize for their incredible architecture weekend: “We Built It: You Should Come.”

The arts marketing lesson I learned that day was that however good my product was and however appealing it might have been on its own, it was only as good as the destination it was in, and that there were plenty of other equally attractive – maybe even more attractive  – destinations competing for my customers. I had arrived at the trade show a cocky New Yorker representing the most popular musical in the world, and left three days later knowing that no matter how popular the show was, customers would choose the most attractive package.

I’ve tried to keep that lesson front-of-mind since then and apply it whether I’m selling art or commercial entertainment, and whether my customers are traveling from China or from the other side of town. Some of those customers will want what I’m selling so badly they’ll do anything to get there. But others – and this is especially true for new audiences – will judge the appeal of my products based on the overall value of the experience and whether it’s worth going where I want them to go. For new audiences, the dining, shopping and related leisure entertainment can be just as compelling as the core product, and the relative appeal of the package can be the ultimate determining factor.

The other lesson I learned that day was that my customers needed more from me than just information about my product. They needed me to put my product in context so they could better understand why it was worth all the time, energy and money it would take to get there.

And the contest? Well naturally I won. “We Built It: You Should Come?” Phffft.