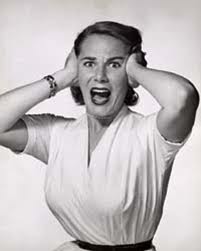 I’ve worked for several arts organizations where marketing materials that were intended to sell single tickets had to pass through multiple hands for input and/or vetting prior to release. And each participant had the ability or, depending on rank, the authority to augment or modify the message as they saw fit. The result was often an end product that had to raise money, flatter board members, satisfy funding requirements, carry obligatory sponsor logos, fulfill the designer’s aesthetic vision, promote subscriptions or memberships, honor decades of industry tradition, mention mission-oriented programs, boost the artistic director’s career, recognize major contributors, sell school groups, adhere to rigid brand templates, accommodate a star’s billing requirements, feature the executive director’s favorite color and…let’s see…I know there was something else…. Oh, yeah, sell single tickets.

It goes without saying that messages that serve too many masters end up serving no one, but I’m going to say it anyway: If you’re crapping up your revenue generating messages with other stuff, cut it out.

If you’re not sure why this is important, do this:

Imagine someone standing in front of your venue trying to decide whether or not to buy a ticket. Then imagine you coming out of the doors, seeing the potential ticket buyer and trying to persuade her to make the purchase. Then imagine that while you’re talking to her your development director comes out and starts soliciting a donation. Then the education director walks up and mentions the wonderful work your organization is doing in the schools. Meanwhile the artistic director is tapping on your shoulder trying to get you to hand her a copy of his bio; the GM, who’s watching from his office window, is calling on your mobile to remind you to push subscription; the graphic designer is nudging you to slide over so the customer can see the three-sheet in the display window; the board chair is in the background droning on about how pleased he is to welcome her to this gala fifteenth-anniversary season; and the star’s agent is rushing over to sue you for not mentioning his client’s name before the name of the show.

Now, imagine you and your colleagues standing there arguing about who should be talking to whom about what while this woman slips off to her car and drives away.

You may have heard the expression, “It’s the economy, stupid,” a phrase that became famous during Bill Clinton’s 1992 presidential campaign. James Carville, Clinton’s chief campaign strategist, printed it on a poster and hung it on a wall in Clinton’s headquarters to remind the campaign (meaning the candidate) to stay focused. He knew that Clinton, who could speak extemporaneously on all sorts of subjects, had a tendency to digress during his campaign appearances, and this was Carville’s way of warning him of the dangers of going off message.

Arts organizations that send unfocused messages when they’re trying to earn revenue should have banners hanging in their conference rooms that say:

[This post is adapted from my book “Marketing the Arts to Death: How Lazy Language is Killing Culture” – Available at Amazon and other e-book retailers]